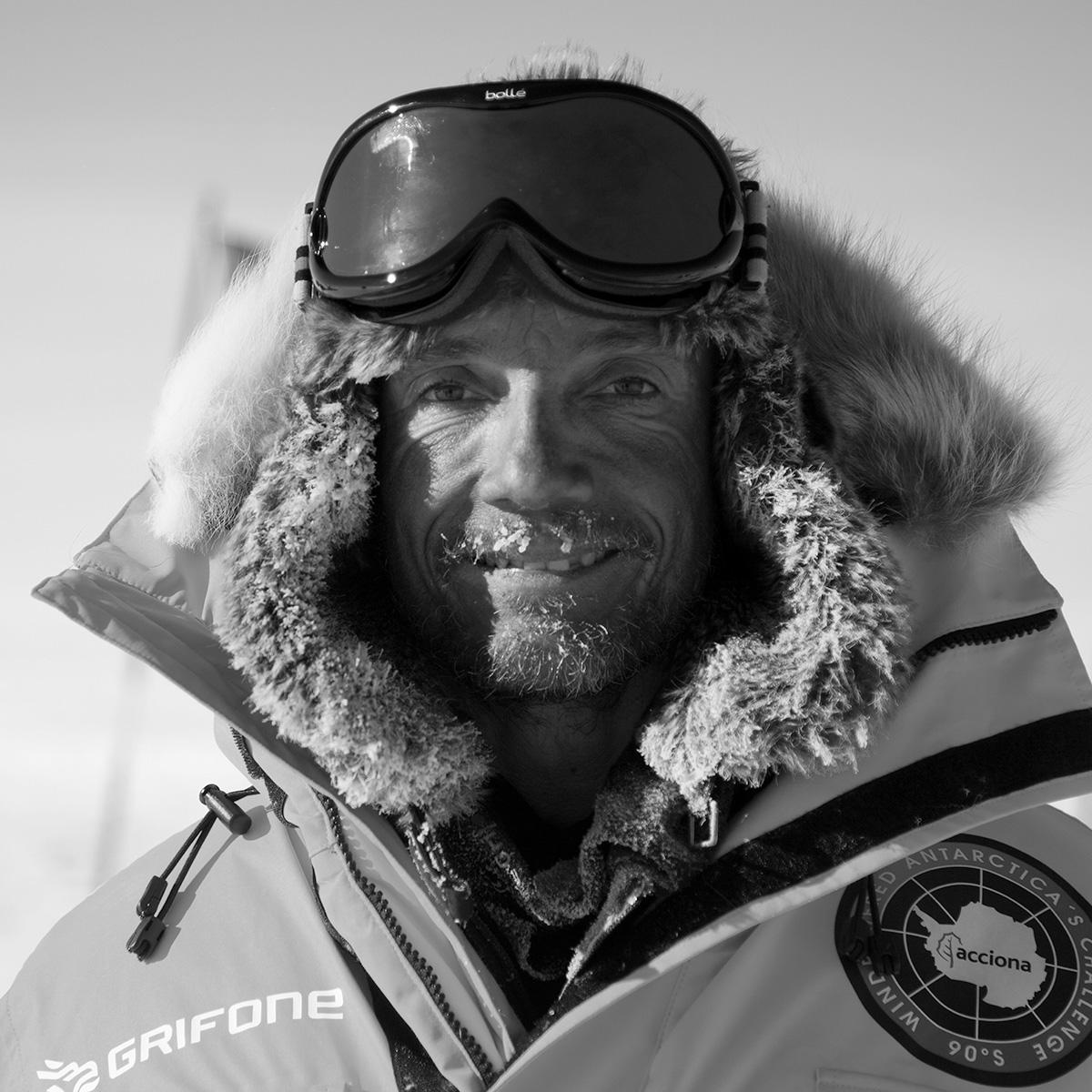 Ignacio oficialdegui is a polar explorer using wind and sun instead of fossil fuel for energy in the most remote, pristine and hostile regions of Antarctica and Greenland. He has spent 25 years prospecting for invisible winds in more than seventy countries and has done 14.000 kilometers of polar ice traveling. His journeys include the north pole, three crossings of Antarctica and one of Greenland. He has also validated polar wind highways, sailing in the ingenious winds led.