For the past 25 years Shelton has worked on connecting African Americans, and other people of color, to the National Parks, using history as a tool for social change 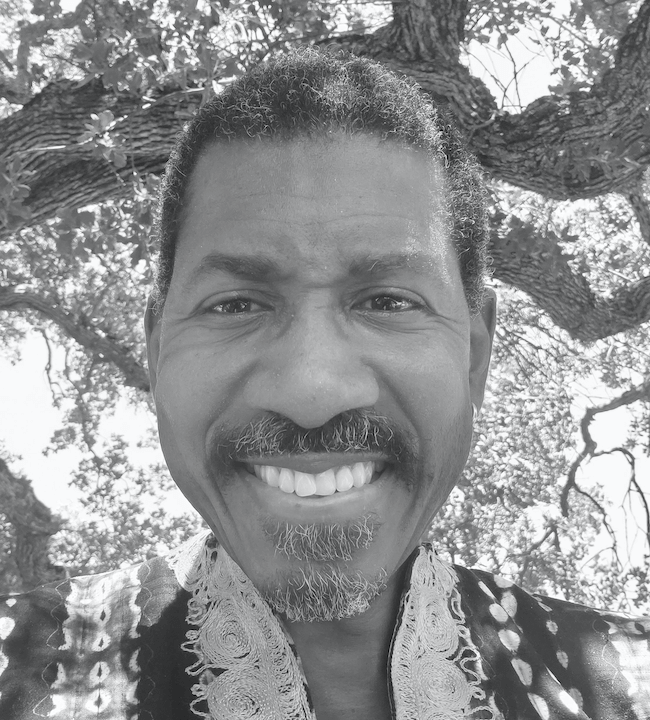 I was born in Detroit, Michigan in 1958, the son of a Seamstress and a Soldier. My maternal and paternal grandparents were Black Indians from Oklahoma Territory and South Carolina respectively. I had one older brother and we all lived together with my maternal grandparents for the bulk of my childhood in Motown.

Due to my dad’s military career we also lived for 3 years in Germany and England. The Bavarian Alps were the mountains that first awakened my sense of wonder.

I graduated from Detroit’s Cass Technical High School in 1976 with a diploma in Classical Music. By 1977 I was a college student at Wayne State University in Detroit. I eventually transferred to the University of Michigan where I received a B.A. in English Literature in 1981 and won a Major Hopwood Award in Poetry.

After college, I briefly served in the U.S. Peace Corps in Liberia, West Africa teaching 7th grade English. Returning to the States I was accepted into the M.F.A. Program in Creative Writing (Poetry) in 1983 at the University of Michigan. After a year as a graduate student in this program I spent the following summer working for a Concessionaire in Yellowstone National Park.

That summer of 1984 would eventually spark my career with the National Park Service. By 1987 I was an N.P.S. Ranger at the West Entrance to Yellowstone National Park.

After 5 years in Yellowstone, I worked in Washington, D.C., Great Basin National Park, and finally Yosemite National Park where I was introduced to the park’s African American history, including the relatively unknown legacy of the Black troops who served in both Yosemite and Sequoia National Parks.

For the past 25 years I’ve worked on connecting African Americans, and other people of color, to the National Parks, using history as a tool for social change. Black people are the one ethnic group in the U.S. least likely to visit a National Park and changing that fact has become the foundation for my passion to forge a bridge between the African American community and America’s Best Idea.

25 years after intentionally engaging the media as a means of amplifying this once lost history, the number of people aware of this legacy has grown from several thousand to over 100 million here in the U.S. and around the world.