A Private Astronaut, Pioneer of Civilian Space Exploration, President of the Explorers Club 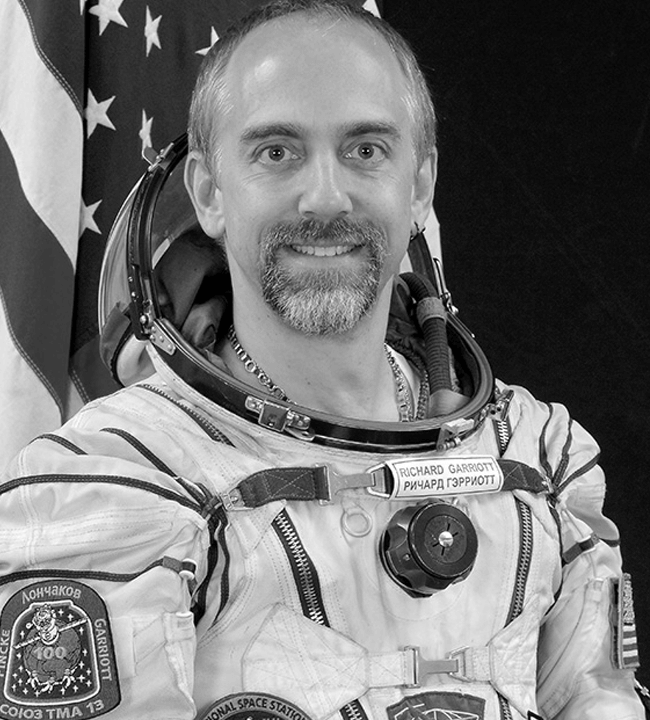 Richard Garriott took part in the Soyuz 13 flight that he docked in 2008 at the International Space Station, returning to Earth 12 days later at Soyuz 12. He was also the first astronaut to reach the deepest point on the planet, the Mariana Islands Trench, in the Pacific Ocean, being the new president of the Explorers Club. Richard Garriott is the son of NASA astronaut Owen Garriott.