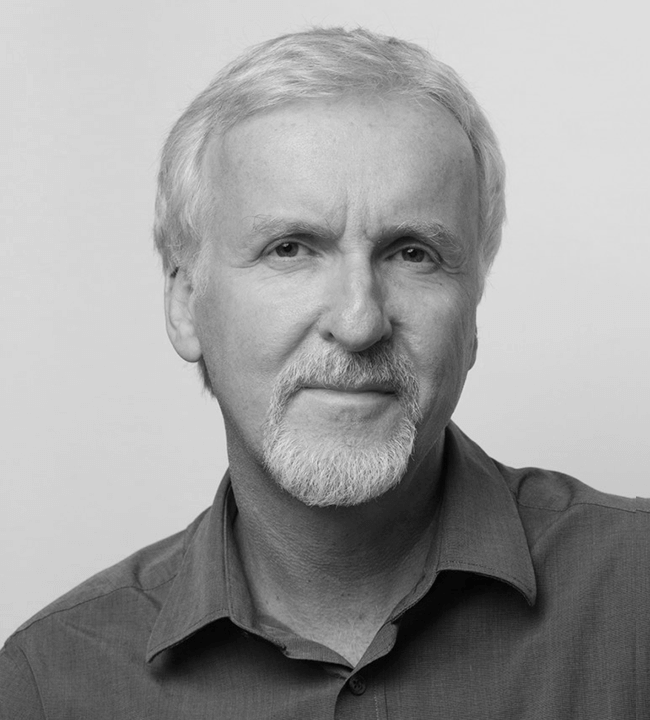 James Cameron is a Canadian filmmaker, deep-sea explorer and environmentalist. He has written and directed numerous Hollywood films and documentaries including two of the highest-grossing movies in history, Avatar and Titanic, for which he won the Academy Award for Best Director and Best Picture.

On eight deep ocean expeditions, Cameron has made more than 70 submersible dives, the majority more than two miles down, including 33 to the Titanic wreck. He has developed revolutionary vehicles, 3D camera systems and lighting to explore and image the deep ocean. He co-designed fiber-spooling ROVs to extensively survey the interior of the Titanic wreck, giving marine archeologists a definitive understanding of how Titanic was actually built and outfitted, and unprecedented forensic detail about its sinking. His forensic work at the Bismarck wreck has resulted in research papers and books that answer important historical questions about its final battle. Cameron’s scientific work has resulted in a number of peer-reviewed research papers about life in the deep ocean, and is ongoing.

In 2012 Cameron became the first person in history to make a solo dive to the deepest place on Earth: the Challenger Deep in the Mariana Trench. For that expedition he co-designed and engineered the innovative submersible and science platform, DEEPSEA CHALLENGER, which was later donated to Woods Hole Oceanographic Institution. This achievement and his body of work resulted in Cameron receiving the Hubbard Medal, National Geographic’s highest honor, and the Explorers’ Club “Explorer of the Year” award.

Cameron sat on the NASA Advisory Council for three years. As an expert in stereoscopic imaging, he was a co-investigator developing the Mastcam cameras for the Mars Curiosity rover. The zoom lenses developed for that project are on Mars now, on the Perseverence rover.

His recent focus is on sustainability, and the creation of technology and agricultural practices for feeding the world with plant-based proteins.