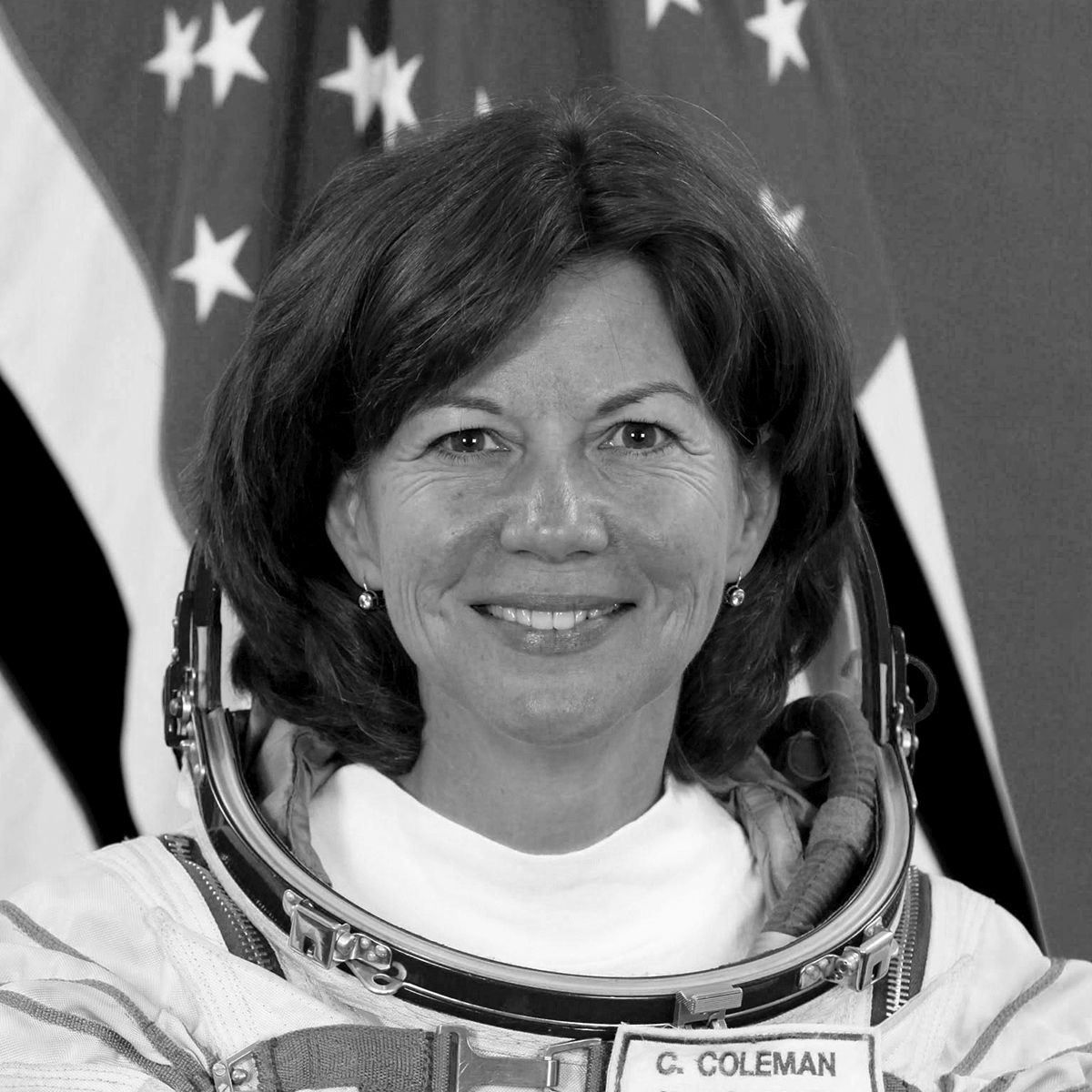 Dr. Cady Coleman is a former NASA Astronaut with more than 180 days in space, accumulated during two space shuttle missions and a six-month expedition to the International Space Station (ISS), where she acted as the Lead Robotics and Lead Science officer.

While at NASA, Cady served in a variety of roles within the Astronaut Office, including Chief of Robotics, and lead astronaut for integration of supply ships from NASA’s commercial partners. Before retiring from NASA, she led open-innovation and public-private partnership efforts for the Office of the Chief Technologist.

Cady is the Global Explorer in Residence at Arizona State University, where she co-hosts the Mission: Interplanetary podcast. She is also a Research Affiliate at the MIT Media Lab and a frequent speaker and contributor for space coverage to ABC News. An amateur flute player, she is known for her “Space Duet” with Ian Anderson of Jethro Tull.