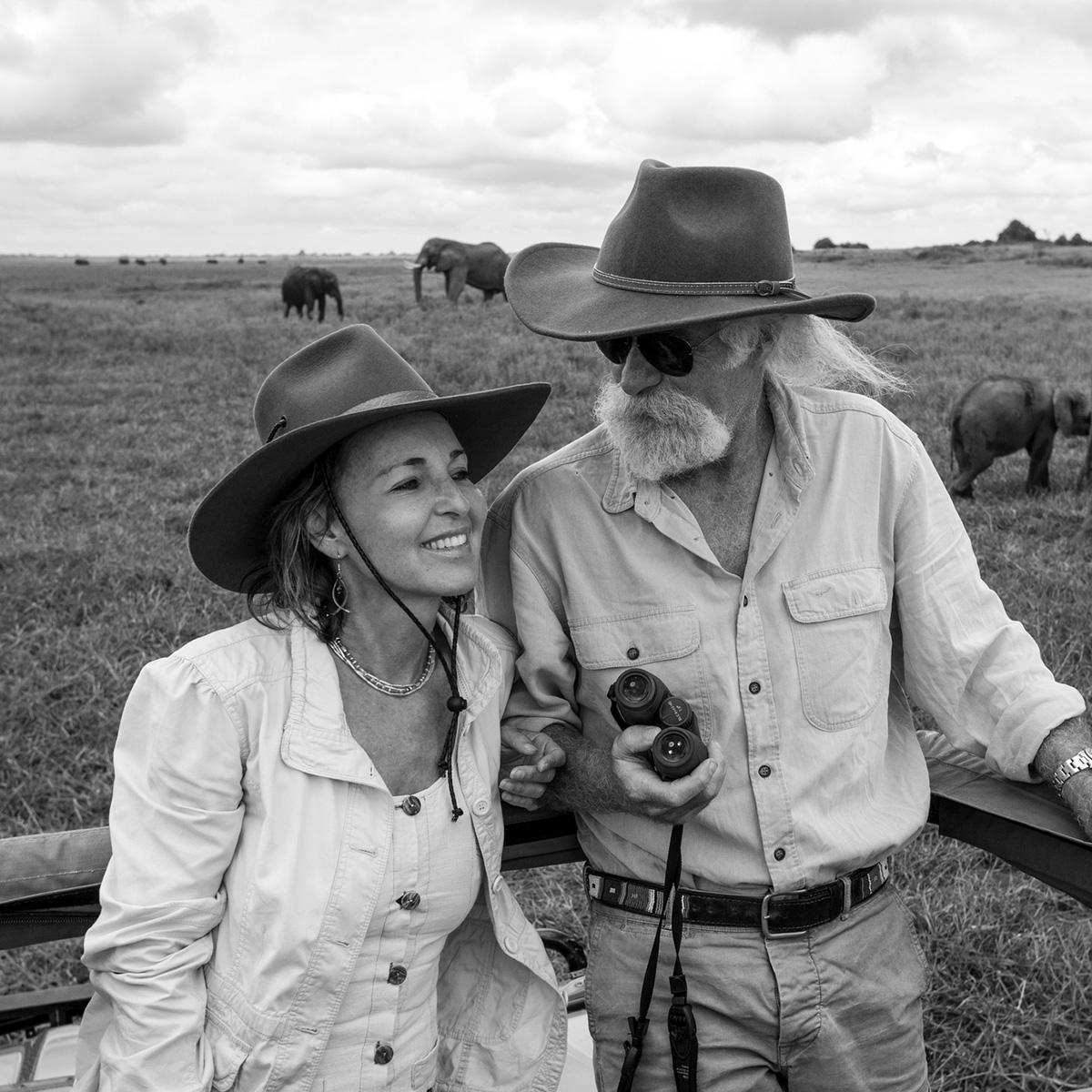 The Jouberts have made over 30 films for National Geographic, published 14 books, half a dozen scientific papers, and have written many articles for the National Geographic Magazine. Beverly Joubert is also an acclaimed photographer and her international exhibitions have further helped to raise awareness for the plight of big cats across the world.

Currently the Jouberts are working on a rhino conservation project called ‘Rhinos Without Borders’, an initiative in partnership with Great Plains Conservation and And Beyond which aims to move 100 rhinos from South Africa to Botswana to save them from the poaching crisis, whilst creating a ‘Noah’s Ark’ for rhino genes. They also recently canoed 120km down the Selinda Spillway researching and filming elephants for conservation.  From this journey they made their most recent film ‘Soul of the Elephant’, which was released in 2015, premiering at the Elephant Summit in Jackson Hole, which also let to an interview on the Ellen DeGeneres show.

All of Dereck & Beverly’s work coincides with one aim: to save the wild places of Africa, and to protect the creatures that depend on them. The President of Botswana described them well when he said: “Theirs is a life long passion; for each other, for big cats, for Africa…they are true “children of Africa.”